Horizon mod is a large scale revamp of Fallout 4. Horizon mod balances the game from the ground up. The gameplay is also gets expanded to an extent. Horizon mod consists of thousands of Changes and redesign of the Fallout systems.

Horizon mod is heavily balanced and focused in Survival mode. This makes the fallout more challenging. Horizon can be used with any difficult mode

The guide to different versions of horizon patches are as follows: 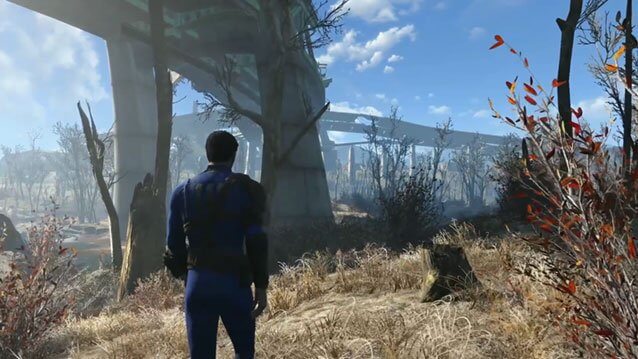 Desolation mode makes the game much like a survival game. Desolation Mode balances the settings to make the game more difficult and challenging. This mode does it by reduces the loot of the game. The progress in the level is tougher on the horizon. Hence everything is re-scaled in the game. Some perks are shown below to offer new benefits:

Horizon Cargo-Bot system transfers the junk items back into your settlements. Cargo Bot can be appear using Consumable device from any location. For this, you have to interact with the Cargo Bot in Inventory. The Cargo-Bot theme system is extended to a new weight system. Cargo bot can be updated and increase the carrying weight. Different cargo bot needs different factions and perks. The system is useful for heavyweight carriers.

Horizon Md functions fine with DLC in a balanced way. The Horizon mod needs the updated version of Fallout 4. Everyone’s Best Friend Mod is recommended mod to fit with Horizon. Optional Mods that can be used with Horizon are:

AWKCR mod is perfectly fine wit the Horizon but it will hiders the gameplay.

Fallout 4 Version 1.4.8 consists of new structures of Architect. The Atomic Cats Garage and Marina provide warehouse-style buildings. Large Structured gallows are designed for Hangman’s Valleys. The new version compensates the Workshops to provide you food and water. The Cargo-Bot Systems allows you to transfer items via supply lines. The new light of Architects does not require a Power system. Potential problems and power radiations will become more stable. This makes placing lights easier in Fallout.

Horizon mod adds new weapons in Fallout 4. The mod modifies many weapons & has reduced damage significantly. The damage is not affected by Automatic firing mode. The damaged weapons can be fired before complete damage. The crafting of items needs some parts to craft them. But the damage using them will be lower. The Super mutant weapons can give high damage and are not very sophisticated. Gauss can also be used for energy weapons and ballistic missiles with +50% ammo penetration.