Shifting from the First person to the Third Person In Fallout 4. Now, It has shifted to Horror Experience for Halloween with just a Few Mods.

All elements already there roving ghouls and super mutants outside while people eking out in small settlements. download Fallout 4 Horror Mod and get all Halloween mod pack

This Mod can be download from the link. This is not a replacer way to introduce a variety of Creatures and Monsters of the commonwealth.

You can face different shapes and sizes and of different species creatures in Common Wealth which are as follows: 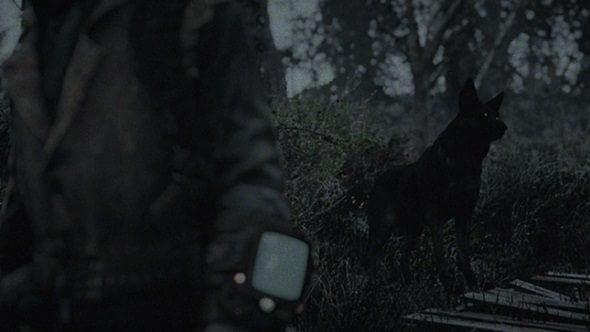 This mod needs HK USP.45 Mod to run. This mod adds legendary effects in Fallout 4 which increases damage to bugs and humans. You will get less damage while standing where you can increase damage by hitting critical shots. You can increase magazine from 10 round mag to 25 rounds.

This Mod turns the Day into Night which turns the Fallout 4 into Silent Hills Nightmare. This Mod changes background music of commonwealth into creepy and spooky sounds of silent hills. This adds Weathers in Fallout 4 which let you face twin head screamers, ghouls and silent hill nurses.

This Mod can be download from the link which is just for Mannequins used for armor stands and stuff. You can turn Mannequins into women having big breasts and bottom with a variant dress and high heels with customizing body slides.

Pilgrim Mod is a Horror Overhaul for Fallout 4 which takes inspiration from 100Ping to bring awful atmosphere and realism. This adds a new environment, weather, and sounds. A new weather plugin is created which is strongly integrated with ENB keeping the Tone Mapping method in Mind. This means it will work only with a pilgrim.

After dealing with DeathClaw you will get Sergent Holotape by listening to which you will get two options to end the quest. The first option is to return the egg where you face Deathclaw. Second is head to Diamond city where by convincing Wellingham for speech challenge.

This Mod is a Reshade Preset which provides old Fallout visual-mood by turning weather into more desaturated, bleak and moody. There are four presets with No Sharp Versions like Morbid, Mild, Decay and Darkly. Morbidness is less drastic and brighter but gives a bleak atmosphere. Mild is between Morbid and Decay. Dark is more vibrant and darker as compared to other presets.

Halloween decor mod lets you plonk down pumpkins, adds unique items in build menu and cheerful skeletons. This makes sure that your neighbors know Halloween is business. Halloween Witch Craft overhauls the museum of witchcraft into Halloween party where you enjoy a night of terror. Fallout 4 Halloween is a subpart of Fallout 4 Horror Mod.