In Fallout: New Vegas, the NCR Ranger battle armor, also known as the Black armor, and the accompanying Ranger helmet are two pieces of armor.

This battle uniform is worn with a heavy duster with the NCR Rangers’ symbol on the left flap and is made of military-grade armor that was once utilized by L.A.P.D. riot squads.

The Armor is worn with a matching military Helmet with low light optics and a gas mask. The Armor creation is based on Desert Ranger Combat Armor For NCR veteran Rangers. The advanced version of Armor is heavily armored and possesses Intact Optic Systems. Riot gear, Elite Riot gear, Advance riot gear are versions of the Combat Armor.

Before the Great War, the Charleston Police Department used ranger armor as part of their riot gear. It’s nearly identical to the Mojave Wasteland armor worn by NCR Veteran Rangers.

In Fallout: New Vegas, the NCR Ranger patrol armor is a piece of armor.

A diversified class of personal body armor that provides balanced protection against both energy and ballistic injury.

The wastelands are littered with various types of armor, ranging from early variants manufactured by the United States Army to cutting-edge riot gear that was in use prior to the Great War.

The NCR Ranger Patrol Armor is a combat Armor with less mobility. So The Patrol Armor gives you high protection. The Armor has high HP so it means armor will degrade slowly.

Knife holster used by any player. The NCR Patrol Armor is located in Ranger Station of Nova. 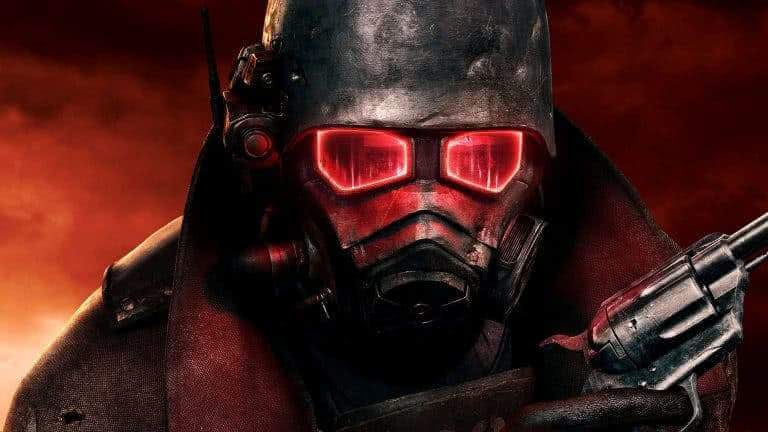 Armor with a desert camouflage pattern, a military helmet, a gas mask, a duster in olive green, and khaki pants The collar bears the information of the original owner, R.B. Vickers, including his rank, name, service branch, and blood type.

The names of two cities, Nanjing and Shanghai, are written on the back of the helmet, along with month abbreviations and tally marks for each. JUN, JUL, AUG, and a SE are all crossed out in Nanjing. SEP, OCT, NOV, DEC, JAN, FEB, MAR, APL, and May are the months in Shanghai. The front of the helmet is emblazoned with the words “FORGIVE ME MAMA.” After the war, Randall Clark used it and kept it in Stone Bones Cave.

NCR ranger Armor is located in the Ridge area Stone Bone Caves. The right path of Stone Bone Caves heads to Ankle level water. The water has a purification system with a short trap. The left of Caves goes to the room of Reloading and Workbench. Zion area has the helmet and Desert Ranger Armor.

This armor can be found on NCR Veteran Rangers throughout the game in NCR-controlled areas (e.g., Camp Golf, the NCR Ranger Safehouse, Ranger Station Bravo, Camp Forlorn Hope, etc.) or if the Courier is deemed a terrorist by the NCR, as ranger kill-squads will be dispatched to eliminate them.