Raider Overhaul mod turns the raider of fallout 4 into remnants of Caesar legion. Raiders are equipped with legionary uniforms and spawn with various amounts of legion coin. The darker pack of this mod changes the appearance of all armors.

This pack is in two versions: Full version and textures only Version. Raider Overhaul mod can download from the below link.

Raiders and their dogs spawn randomly with new armors. Raider overhaul WIP mod can be download from link. 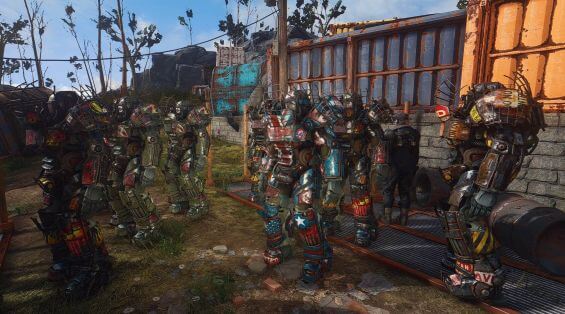 The Forged are the group pf raiders in small numbers and obsessed with the destructive power of fire. The members are led by Slag and Saugus ironworks is their main outpost. The slag leader came out to recruit a new gang from the commonwealth. Forged killed many Gunners of City Auto Wreckers in the battle. The forged are Sadistic and cruel with little tolerance for Failure.

The Super mutant mod overhauls the naked raiders with invisible outfits. The mod overhauls change the stats and load out of all super mutants. It means that mutants are now stronger with heavy armor and fully modded weapons. The mutants are also having some perks depending on the level.

Raiders are the group of various barbaric gangs led by one leader in Common wealth. The leader of gangs is much brutal and ruthless. Raiders are poorly equipped with weapons. They make violence and prey on anyone weaker than themselves. Raiders raid the other raiders and extort groups for kidnappings. Raider gangs generally keep one dog to attack and find other gangs.