Screws are the Crafting Component of Fallout 76 Appalachia. Screws are the type of fasteners used to join the devices. FO76 Screws are metal rod with helical threads wrapped around it. Screws are the most common crafting items used in all mechanical components. Fallout Screws can be craft using Miscellaneous items at Workbench. Giddyup Buttercup, Loose Screws, Desk Fans, etc uses screw.

Fallout 76 Where to Find Screws

Screws can be crafted using junk items at Workbench. Sugar Grove has a large amount of Antique Globes and Desk fans. This produces a huge number of screws. National Radio Astronomy Research Center has a variety of Typewriters and tongs. Charleston Herald Building has 5 typewriters, 6 tongs, and 3 desk fans. Charleston Capitol Building has maximum typewriters.

The screw is found in different locations of Fallout 76. Some of the locations are as follows: 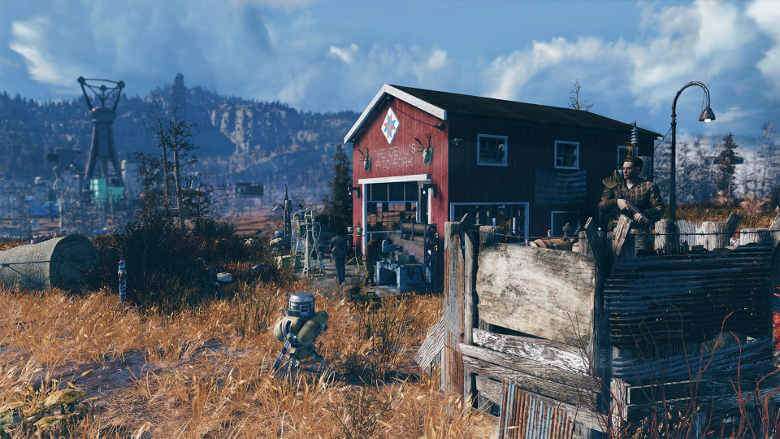 Fallout 76 Where To Farm Screws

One of the easiest places to farm the screws in Fallout 76 is White Spring Resorts. In the White Spring Resorts, you will find Toy Store. The Toy store has the toy car and Giddyup Buttercup which yields Screws. The Bunker of Resort is the best place for Screws here. Inside the Bunker, you will get Desk Fans. You will get a large number of Screws from Bunker.

Fallout 76 How to Scrap Junk

You will get a lot of Junk items in Fallout 76 Appalachia. Junk items are the components used for Crafting and modification. You will need to get rewards by scrapping them off. Scrapping Junk Items gives you two ways. The first is to replace/remove parts of junk items. The second is to reduce your load. Junk items can be scrapped at any Workbench or Crafting station. If you have large junk items it will increase your weight. But if you want to keep it then scraping is needed. It will reduce weight and store the items in inventory.

Fallout 76 Where to Get Screws

Sugar Grove of Fallout 76 yields tons of screws. Sugar Grove complex is a region in the Savage Divide. Savage Divide has 12 desk fans and 4 globes inside. It gives the maximum screws. If the screws are not enough then you can buy from vendors. Vendors of Charleston fire Department also sells the Screws. Pack Rat Strength Perk card decreases the weight of Junk. Scrapping Intelligence Perk increases the number of items. Both the perks make the farming of screw a lot easier.

Fallout 76 How to Farm Screws

The Number of Junk Items gives Screw while scrapping them in Appalachia. Tracking junk items is the primary source of screw farming. Some of the following junk items yield screws are as follows:

Power Armor also yields Screws but you have to do the scrapping.

The basics of Crafting is the collection of raw components and junk items. Crafting of Armors, Consumables, Weapons are possible in Fallout 76 Appalachia. Scrapping is needed to gather all materials in Inventory for Crafting. Crafting is done on various Crafting tables. Crafting Tables varies according to the crafting of the item needed.